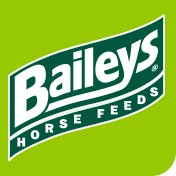 It was definitely a case of all roads leading to the Meadows Equestrian Centre for the first leg of the Baileys Horse Feeds Flexi Eventing League. This very popular Series run by Eventing Ireland’s Northern Region in association with the MEC got underway at the weekend with a very generous £1000 prize fund from the faithful long time sponsors, Baileys Horse Feeds.

Although initially mizzley, the weather gods prevailed and it was eventually a nice but cold day for the 400+ competitors who travelled from all over Ireland for this inaugural training show.

It really was an amazing spectacle to see six arenas in operation- four for dressage, one show jumping with two courses at all times and one cross country with three full courses for the entire day.

Topping the leaderboard in the ‘A’ section was Johnny Mulligan with Sandra Hamilton’s lovely four year old Coolkeeran gelding, Kerran, who gained a completion score of 72.5, followed very closely by Jenny Lindsay and Fanad Romeo, her eight year old gelding by Ballybaun Robuck out of an Ashfield Romeo dam. This Connemara has been resident with Jenny for the past four years and is certainly no stranger to success, having been a previous winner of the RDS 4/5 year old Connemara ridden class and he also qualified for the RDS Connemara Performance Final last year.

The ‘B’ section was headed by Shane McKeever on his very accomplished Master Imp gelding, KHS Impact with his wife, Sharon,  picking up an equal third placing on her fairly recent acquisition, Amiro Hemmingway. She shared the placing with Sophie Cowan and Tempo Quickstep. Meantime, retired veterinary surgeon, Kerry Parkhill and her daughter, Jemma’s gelding, Ted, slotted into reserve spot. Kerry has temporarily taken over the ride of Ted as Jemma is currently working in London.

The combination which most impressed the International Eventing Judge, Vanda Stewart, in the ‘C’ section was Karina McVeigh and Coco who had a one point margin over second placed Karen McKee with Ballyellen Royal Hero, her nine year old bay gelding by Royal Storm.

The final Intro section, D, was won by an absolutely delighted Jackie Hanna partnering her twelve year old gelding,  Elamo Royal Diamond, which she has owned for just over a year. Flushed with success, Jackie now has her sights firmly set on the upcoming Eventing Ireland season. Claire Ireland put in a great solid performance to take second place with her fourteen year old Palomino gelding Goin’ For Gold which has attained great success in Pony Club competitions over the years.

The Pre Novice classes, judged by Lucinda Webb-Graham, were also heavily subscribed and required a two way split. Tullymurry’s Elaine O’Connor had forgotten none of her finesse during the ‘down season’ as she stormed to victory in the ‘A’ section with the highest mark of the day, 78.8%, on board Helen Fletcher’s very striking Cyrano gelding, Sir Barnabus, with which she has enjoyed considerable success since taking over the reins eighteen months ago. Bronze European Pony medallist, Caoimhe Crozier, placed second on her mother’s seven year old gelding, Hill Monarch. Another seasoned eventing combination, Anna McErlean and Raford Jack, claimed the spoils in the ‘B’ section, followed just over two points behind by Orlagh Halliday on the American bred, Cold War, with which she competed three times at the end of last season.

Denis Currie and Arodstown Aramis got their training season off to a flying start as the only combination to break the 70% barrier in the Novice class, a fairly regular accomplishment for this eventing duo. Michael McGaffin was delighted with his joint second placing on Caseys Cross, a ride he accepted last year. Since then he has been focussing on developing the horse’s strength, both physically and mentally and is delighted with his first performance between the white boards since last May, leaving him excited about the future potential. Michael shared that second placing with Conor Savage riding Ben & Sue Stevenson’s ten year old gelding, Elpaso Rising Storm, having competed him twice under Eventing Ireland rules at the close of last season.

Vanda Stewart reserved her top marks in the Intermediate class for Roisin Muirhead and her very striking Oldenburger gelding, Witto, who gave a great account of themselves to score almost 73%. Because of work commitments and the pandemic this combination has not competed much in the last few years but did represent Ireland in the Junior European Championships back in 2017. Witto is now 21 years young but still thoroughly enjoying his competitions. Helen Faulkner came second in this very competitive class with her fourteen year old Connemara bred gelding, Derrivane Danny.

The show jumping arena was also very busy and continued unabated from just after 9am until after 4pm with a  general consensus that a great education had been gained as horses and ponies experienced a superb selection of coloured poles and fillers.

The cross country arena was filled with a fabulous selection of fences, including a water complex, all of which gave competitors and their horses plenty to think about and provided a very valuable schooling opportunity at this early stage of the year.

Sincere thanks to the large team of helpers across all three disciplines who ensured that the day ran seamlessly and, of course, our most sincere thanks to Judy Maxwell of Baileys Horse Feeds for the very generous sponsorship.

This is open to absolutely everyone and, as the name suggests, riders can choose to do any or all the three disciplines. Dressage enquiries to Dora on 07876758979 or dorabeacom@live.co.uk. Enquiries re Show jumping and Cross country should be directed to MEC on 07711815267.

Book Now
There are no products in the cart!
Continue Shopping
0